The transport sector, which encompasses Cameroon's new and used car sales, is in a coma. Transport by air is out of reach physically and financially because there are just a few airports nationwide, and airfares are very prohibitive.

Sea transport has no established system. Railway transport is as good as dead. As a result, only road transport is the most reliable, reachable, and affordable means of transport in Cameroon.

Despite this helpless picture, road transport is still very, very unreliable, compared to the world's minimum standards, in real terms. The roads are littered with potholes or thoroughly washed away at the worst. This results from vehicles that ply the streets subjected to bumps and knocks, leading to fast wear and tear. The worst hit is the public transport sector. Those vehicles that need to ply the roads daily experience so many knocks that it will require constant and costly maintenance to keep them in top shape. So, public transport vehicles, more often than not, appear haggard, rough, and uncomfortable for the commuter.

To escape this menace, there's a wild rush by many who can spare some sizable sum of money to have their own private cars.

No matter how old or unkempt, a private car has assumed so much importance that it is a mark of status symbol, and anyone with one is accorded a special rank.

To own a private car means exemption from the maddening crowd lining up the streets and motor parks waiting for outdated and overused vehicles that will commute them in obvious discomfort to their destination. It means a guarantee to move at your own convenience, at your own speed, and at your own safety. The benefits are, in fact, limitless.

But, owning a car is not always a do-it-all solution to road transport problems. The vehicle's price is a determinant for purchase, a factor that plays a crucial part in car ownership. There should also be cheap, affordable, reliable, and easily accessible maintenance personnel and facilities to take care of the vehicle. These facts inform importers of vehicles on what brand to bring into the country. Let's now consider the 10 brands most common in the country that check all these boxes and many more.

This is an SUV, a well-loved and favored car in Cameroon. Like other high-rise cars, its ability to stride over potholes and maneuver through uneven roads contributes to it being the toast of many. It combines excellent fuel economy, fantastic performance, perfect technology, and attractive features like Android Auto, Apple Car Play, and smart driver-assist tech. Some of these features are, regrettably, missing from current versions.

A brand new one can cost up to thirty-seven million francs. A fairly used can go down to four million francs and upwards. This is, of course, subject to the state of the car and the model.

Read Also: Why Toyota is the Best Vehicle Brand in Cameroon

The Honda Accord can be easily identified as one of Cameroon's most desirable sedans in the midsize category. It is highly sought for as it prides itself on cheap maintenance, being very affordable, rugged on Cameroon's roads, outstanding safety, spaciousness, and decent handling.

A new car costs up to twenty-two million XAF. A fairly used one can be acquired for about three million XAF upwards, subject to model and usage.

This is Cameroon's most purchased compact or midsize SUV. The Toyota Highlander is seen by many as a car that is confident, has dependable performance, is highly affordable, has low maintenance costs, possesses excellent interior finishing, has beautiful exterior design, and above all, fuel economy that is totally competitive for any segment of the economy.

The last two latest models have been boosted with a 7-8 seating in three rows. These include a 185hp -306hp, front-wheel, 2.7-liter four-cylinder engine, 8-speed auto transmission, and all-wheel drive options, making this car a solid SUV that doubles as a family car for Cameroon roads, as well as a personal vehicle for business or pleasure trips.

It has a price range of up to forty-eight million XAF for a new one and prices down to eight million, seven hundred XAF for reasonably used ones. Of course, the final price, as always, depends on the model and extent of usage.

This is an intelligent car in Cameroon, well known for its excellent fuel economy, low maintenance costs, high durability, rugged, and affordable. For these reasons, this car is Cameroon's and the world's bestselling vehicle, as recorded by world auto mart statistics.

One of the latest models is fitted with a 139hp in a 1.8-liter four-cylinder engine. Its interior features include Apple CarPlay, USB ports, Bluetooth, and voice recognition.

Its price range is up to eighteen million XAF for a brand new one and down to three million three hundred XAF for a fairly used one.

This is one car that can be addressed as a full-size luxury SUV, known in Cameroon to depict the first-class grade of utmost success, class, and financial attainment. For one to be able to use this car, he must have a healthy means of reliable and trusty income as its rate of fuel consumption is next to nothing.

Its interior cabin design is such that it is known to be exclusively Mercedes standard. It is fitted with a COMAND infotainment system, Burmester Audio with 15 speakers, Apple CarPlay, USB, Bluetooth, and Android Auto, among other items of convenience and luxury.

This is one of the most popular cars among the range of Korean automaker Kia's products found in Cameroon. It is packaged as a 4-door sedan and a 5-door hatchback, a mixture that gives it a unique taste for car lovers. It is a sub-compact vehicle, loved for its classy interior, superb handling, Korean engineered fuel economy, affordability, and portability. Women love this car for this last-mentioned quality: portability.

One of the latest models' features includes the following: Bluetooth, Apple CarPlay, Android Auto, power windows, and a rearview camera. Performance-wise, it goes out at 30hp with a 6-speed auto transmission powered by a 1.4-liter four-cylinder engine.

Kia Rio has a price range of up to eight million, six hundred thousand XAF for a new one, and prices down to three two million XAF for pretty used ones.

The Hyundai i10 model of cars has been presented to the general public in several batches or generations. The earliest age was manufactured in 2007 and lasted until 2013. The next generation came the following year in 2014 in two variants: the hatchback and sedan variants.

This sporty hatchback has gained popularity in Cameroon due to its affordability, low fuel consumption potential, and small size. The reduced size appearance makes it nimble in the country's frustratingly heavy traffic.

It was first launched in India and has been described as a "starter car." This is because it appears to be great for unmarried young people and small families. The attractive features include voice recognition on the steering wheel, keyless entry, 1.1-litre four-cylinder engine, dual airbags, and power windows.

A brand new one can cost up to five million, five hundred thousand XAF. A fairly used can go down to half a million XAF and upwards. This is, of course, subject to the state of the car and the model.

This midsize SUV has been criticized by many for its non-glamorous interior design and outer shell cover that looks like a box. But when the desire is neither class nor luxury but convenience, this rather rugged car is supposed to be a top pick. Under these conditions, this reliable car with good fuel economy should be a top pick.

Honda Pilot has a near matchless safety tech and 7-8 persons carrying capacity.

This list will not be complete without including a Range Rover. This model SUV is powered by a 3.0-liter turbocharged six-cylinder with 355 horsepower and 365 pound-feet of torque. This dream of a good car is undoubtedly enjoyed by many due to its speed and excellent ability to remain stable on uneven or even untarred roads.

The entrance of this car into the Cameroonian auto market was greeted with a lot of derision and disregard for no other reason.

However, all that has changed. This car has taken its rightful place and is regarded as any other car. It is a good car with excellent performance and a speed that beats the imagination compared to its size. Still, for the meager price, it commanded for purchase.

Brand new ones cost up to nine million XAF, while fairly used ones drop down to about one-half million XAF in price. 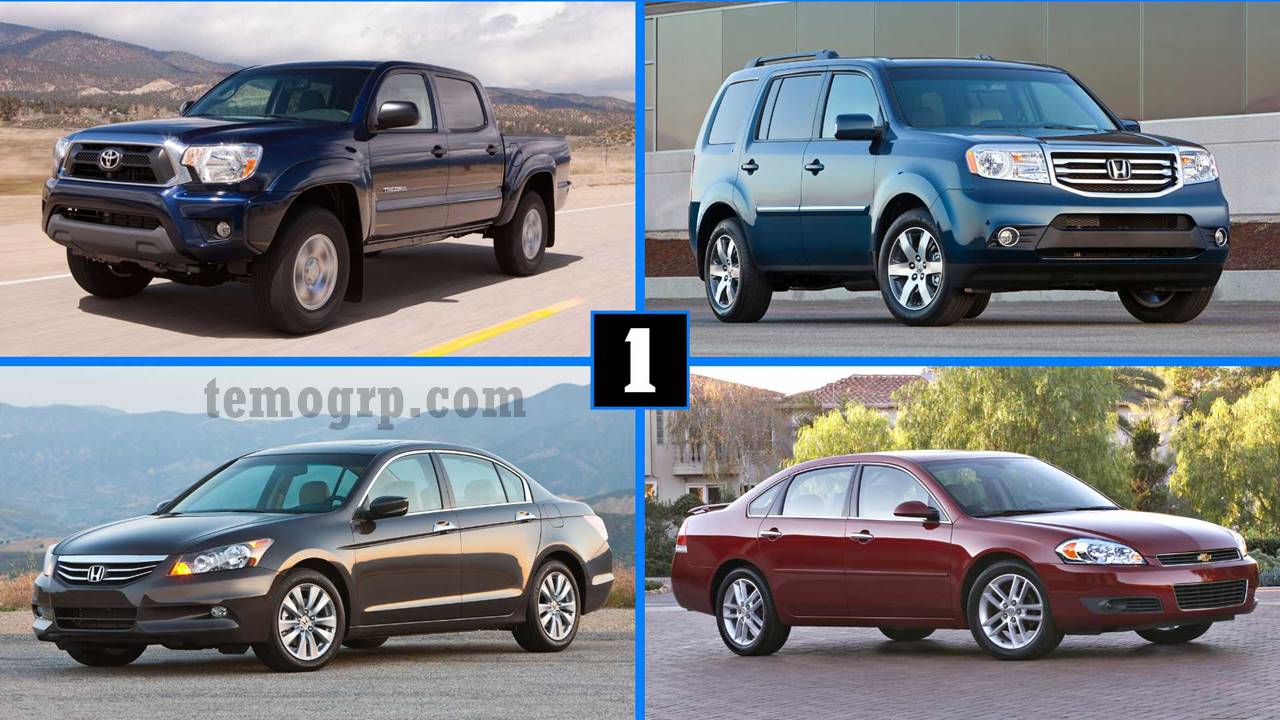